Certain types of deafness are determined before birth. Some of these appear in early life, others with advancing years. Most deafness, however, is due to inflammatory conditions of the middle ear, to interference with normal nasal breathing, to foci of infection in sinuses, tonsils, teeth, gall bladder, or other organs of the body, to the toxins of scarlet fever, diphtheria, or syphilis, to accumulations of wax in the external ear canal, or to certain nutritional, glandular, or general diseases. 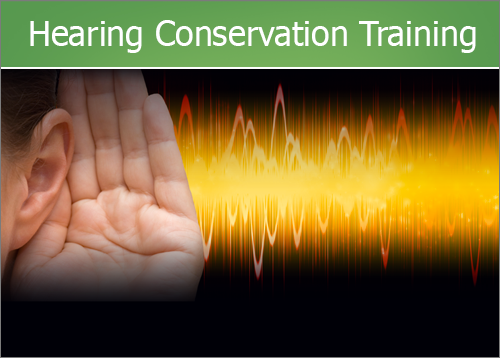 Inflammatory conditions of the middle ear are produced by infections which reach the middle ear from the throat by Way of the Eustachian tube. In children the is straighter and larger than in adults; hence, infection can traverse its course most easily in childhood. An acute infection of the middle car, even though the eardrum is ruptured or opened usually produces little or no impairment of hearing, but recurrent or chronic infections are almost certain to result in a greater or lesser degree of deafness.

The complications of “abscessed ears” can in a large measure be avoided if the condition is given the attention it deserves. Unfortunately in the past, earache and abscessed ears have been considered as incidental to childhood, like measles or chickenpox. Profuse discharge from an ear attracts attention, but once it has started “drying up” the ear is often forgotten and the infection smolders on until a chronic condition is reached or the infection suddenly flares up to the extent that an operation on the mastoid may become necessary. It is nothing short of criminal to allow an ear to discharge over a long period of time when proper treatment will clear it up. Hearing once lost can never be restored.

The prevention of ear infections depends primarily upon the Prevention and treatment of nose and throat infections and general diseases, upon the removal of diseased tonsils and adenoids, and upon care in the blowing of the nose – the nose should be blown gently with both sides open. Deafness from scarlet fever and diphtheria is preventable, for we have a safe and effective immunization against each of these diseases. Syphilis, even if acquired, need never develop at the stage at which it affects hearing. Adenoids and tonsils can be removed when indicated, obstruction to breathing relieved, loci of infection eliminated, and general health improved.

Wax, which is normally present in the external ear canal in small quantities, occasionally accumulates and hardens so that it covers the eardrum and interferes with hearing. This usually may be removed by gently syringing the ear canal with warm water. If this is not successful, a physician should be consulted. The use of hard instruments may result in injury and infection.

Swimming and diving, in the opinion of most otologists, are not dangerous to the ears in individuals with intact eardrums provided certain precautions are taken. Diving feet first so that water forcibly enters the nose, improper exhaling with the head submerged, and vigorous blowing of the nose after emerging from the water may allow water to get into the sinuses or Eustachian tubes and may so irritate the nasal passages that an inflammation of the membranes lining these spaces results. Whenever one has even a semblance of a cold, one should refrain from diving and should keep the head out of water in swimming. Persons who have repeated ear infections, damaged eardrum, or mastoid operations should use special precautions to prevent water from reaching the middle ear.

Life for a deaf person is difficult at best, but if the handles are recognized early and faced intelligently much can he done to minimize its seriousness. Proficiency in lip reading enables many deaf persons to lead a normal or a relatively normal life, but order to attain proficiency the study of lip reading needs to be started early. Teachers of handicapped children report that it is far more difficult to teach the deal than the blind and that whereas the blind are usually happy the deaf tend to be despondent. To delay preparation for and adjustment to this handicap is tragic.

Improvements in electrical hearing aids are making it possible for the partially deaf to keep their contact with the world the type of instrument best adapted to each particular case should be advised by an otologist and its use started before the hearing is too seriously impaired. It is the height of folly to waste time and money upon commercially advertised hearing aids or methods for the relief of deafness. Earphone radios, which like the telephone transmit sound waves through the bones of the skull to the nerves of hearing, have brought many pleasant and happy hours to the deafened.

Life for the partially deaf could be made much easier if their friends when speaking to them would first attract their attention and then speak distinctly and slowly rather than loudly. Shouting is annoying, irritating, and difficult to understand.

I firmly believe that the whole universe is inter-connected. Our body, mind and spirit are deeply rooted with each other. If body is sick, the mind cannot relax or feel good. And if mind is not relaxed, it will give birth to stress and that will lead to chronic health problems.